Remaking the Visual Novel into an Adventure 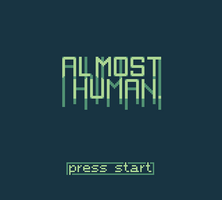 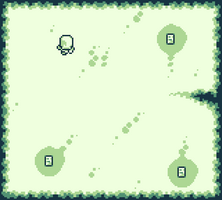 I have decided to rework Almost Human, this Gameboy visual novel that I created. In order to get familiar with GB Studio I made up a quick story and pumped all of it into a few scenes and dialogues, called it a day (literally) and published it. But I saw the potential to make something better than a very short visual novel type of game. GB Studio is very a limited tool compared to other game engines that I am familiar with but it allows anyone to create games for the Gameboy. Creating a game that would run on the original Gameboy is probably a dream that most of us had as kids, the ones that are now into game development like I am, even if it's just a hobby. The limitations that the GB Studio imposes are not ideal but they do bring out the most creative of thoughts. I have conjured up a reworked story that has a somewhat similar beginning to the original one but allows for deeper exploration. I plan on making an adventure game with quite a lot of dialogue and a few puzzles that will culminate into multiple endings which will allow for replays and creative thinking. For now, only the introductory scene has been made but I plan on updating the game every now and again, each time adding more content. If you are interested in my project, follow this page for updates.

I attached the first visual novel-like game that I made since it will no longer be available on the main page.

Thanks for reading !
- rhebok